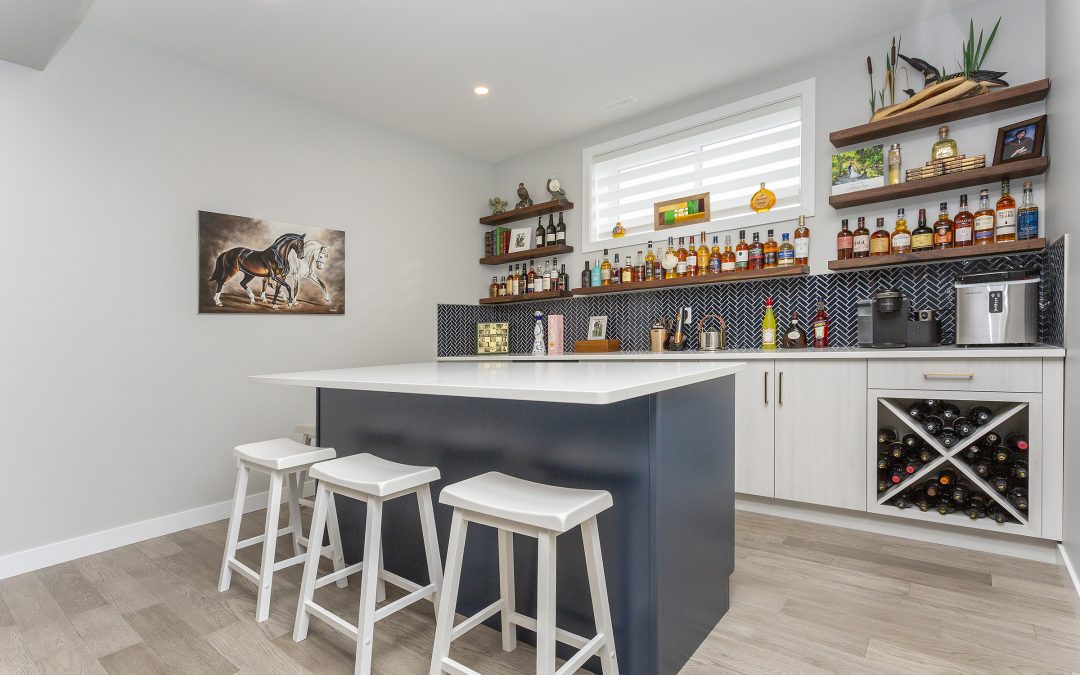 Do you know some of the most common signs your basement is in danger? As the area most often directly affected by foundational issues, basements have a key role to play when it comes to ensuring our comfort and safety in the home. Over time, constant exposure to Alberta’s harsh winters and weather changes, as well as the stress of age can begin to take a toll on your home, leading to issues that can compromise the overall integrity and safety of the house if left for too long. At Abbey Platinum Master Built, we’re proud to not only be one of the most trusted teams of home builders in Central Alberta, but we’re also passionate renovation experts that believe in working with Albertans to help keep their homes safe and sound for as long as possible.

If you’ve been experiencing a few issues in the lower level of your home, it’s time to take a serious look and determine if you need to bring help in. Below, we’ll talk about 5 key signs your basement is in danger. Read on to learn more!

Moisture build-up is the number one enemy of any area of the home, but none more so than the basement where continued leaks and standing water can be disastrous. Because we tend to spend less time in the lower levels of the home, it can be easy to miss little leaks and drips when they first start, but the second you come across one, you need to take a closer look. Condensation is one of the biggest signs that your building envelope (what helps keep the outside elements out) has been compromised and can lead to costly repairs in the future if left unattended.

Cracks are no joke when it comes to the basement, and if you have one forming in the wall, you should reach out to an expert. Over time, our homes will shift slightly on their foundation thanks to the land itself moving, as well as constantly changing weather conditions that affect building materials like brick and cement. Cracks, however, are a key indication that significant wear has occurred, and that you may now have a problem on hand. For everyone’s safety, as well as peace of mind, if you see cracks forming, it’s time to bring the experts in to evaluate further.

Have you noticed a persistent musty smell coming from your basement over the past few months? If you’re not able to blame laundry or old collectables as the source, you may have an issue. Musty and moldy odors are a strong sign something is up, and at this point, you should consider bringing someone in to take a look and see what needs to be done to address them safely in order to avoid dangerous molds, etc.

It’s no secret that the lower level of the home is generally cooler than the rest of the home, but if you instantly feel like you’ve stepped into a deep freeze, you’re likely dealing with an insulation issue. Extremely cold basements can compromise the overall integrity of your home during the colder months, as well as drive up your energy bill as your heating system struggles to compensate.

Finally, just like cracks, bowed walls and sinking ceilings are a sure sign that something (most often water damage) has occurred. While you may be tempted to put such issues off “until later” since they may not seem precarious at first glance, it’s important to get help sooner than later as it could be far riskier than you think!